How was your weekend? I hope you had a refreshing one. Tell me about it in the comments. Today, I want to share a little Monday motivation. So, I’ll get right to it.

This is how Genesis 12 begins –

“Get yourself out of your country, away from your kinsmen and away from your father’s house, and go to the land that I will show you. I will make of you a great nation, I will bless you, and I will make your name great; and you are to be a blessing. I will bless those who bless you, but I will curse anyone who curses you; and by you all the families of the earth will be blessed (Gen 12:1-3).”

That voice was wind, the still small voice, the voice of the Almighty, calling Abraham from the future to the future (the same voice that calls you). Abraham could have settled and lived a normal life where he was. Instead he chose – mission “impossible” with God.

I guess for us believers – 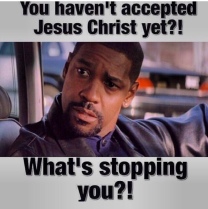 To meet with the God of destiny, Abraham had to walk into his future. Sure, Abraham was told to leave his comfort zone but He was not told where to go either.

It wasn’t until after he stopped somewhere in Canaan that God showed up with some encouragement and confirmation. In short, when Abraham first heard that voice, he received only half of the vision. It was a faint call. Not knowing which way to go, he followed his “instincts.”

He followed his “instincts.”

I wonder! How many of us who have discerned the call of destiny to engage in some business, educational, political, leadership…sphere, field, or trade? Yet how many of us have quickly dismissed it without testing the spirit of the “voice” we heard or discerned?

I wonder! How many of us have received a dream or vision, but don’t know what to do with it, which way to go with it, or how to start living it?

No worries. You are not alone.

And yes, there is a general rule which can help. Father Abraham gave us a clue. It is –

Go – in the direction of the call, of that God-inspired desire. Go the way “His peace” leads. If there are two or three things you want to do or feel called to do, chose one and focus on it. It will make room for the rest.

On the way, you will hear the voice again. He will confirm the promise and offer more direction and counsel for next steps. And also, God will create room for other aspects of your dreams and vision to converge.

There is enough time to do what God called you to do. All you need to do is determine what He didn’t call you to and who He didn’t send you to and you’ll be at peace with your mission  ~ Kris Vallotton (paraphrased)

Abraham was told many things. Leave where you. Go where I will show you. You will have kids…and so many other blessings. He could have started with anyone of them. But the main focus was – leave. And he did.

However, Abraham’s clue and the general rule (which I share at the end) makes more sense when Abraham’s story is compared with Noah’s story.

You may be worried. You may be thinking or saying –

“God gave me the vision. But God has not told me to move forward.”

I get it. Been there too. But, here’s a thought. The Jewish Sages argue that the following is also the reason why the nation of Israel began with Abraham instead of Noah.

Contrast Noah to Abraham. God told Abraham to leave his birthplace, family, and homeland…and go to the place where he will be shown NOT where he was already shown. Turns out Abraham wasn’t even told where to go until much later. Abraham was told, in Hebrew, to “Walk on ahead of me (God)” or “Go already.”

Thus, Abraham became the father of faith and of all children who live or walk by faith. Noah lacked initiative and leadership. But Abraham walked on ahead of God. He didn’t wait. He took initiative (faith), following his instincts (discernment) after hearing a command to Go.

He wasn’t told. All he had to work with was – GO. Nevertheless, he went – in a direction of his choosing but in obedience to an open command and a broad vision. After all, the key focus of what God said was – leave. So, he left. Where to was his choice. But –

God has already given you the green light. So walk on ahead. Take initiative.

Make the move, take a step, send the text, make the phone call, inquire about the application, talk to a potential business partner about the vision, study problems in the field of your calling, learn new thoughts, talk…like you have the green light to do it until HE – God – holds up a red light and tells (inspires, warns…) you to stop.

As long as whatever you do concerns healing the broken hearted, redeeming and restoring people, make life a little better…and making earth a little like heaven (on earth as it is in heaven) in any way, form, or fashion, we are to – walk on ahead.

Stop waiting for God to act. God is waiting for us to act. That’s the life of adventure we said yes to.

So, chose a path or start with one of your many visions – the most attainable, the one God points to, or the one step He first alludes to – and work with it. Let him handle the rest.

Yes, dream big. But have a focused dream

Unless He specifically tells you to stop or “wait on the Lord” and be patient, – stop waiting. Get to work.  Even so, God will not tell you to “wait” if you haven’t first stepped out and walked in faith OR if the waiting in itself is not sacrificial and requires faith. Otherwise, what are you waiting for?

Meanwhile, follow His peace because, “The peace that Christ gives is to guide you in the decisions you make (Col 3:15).”

Let His peace guide you –

For where there is no peace – about a decision, a situation, or a connection – there is no Prince of Peace. He is absent. That’s a red light.

Absence of peace may suggest stop, wait, review, pray, change direction…! Its important to know because His peace which guides us is what guides our destiny instincts is connected to God’s Spirit in us.

Also, that peace is what makes us adamant, stubborn, and absolutely convinced that what we are doing is divinely inspired and will succeed beyond all hope even when folks doubt us, our ability, and especially our God’s ability to turn probability into possibility.

Preserve that peace. Walk in it always. Be a son or daughter of peace.

And lastly, don’t be afraid or worried if you think or feel like God is not speaking to you or speaking about the vision with you.

If it seems like the Lord isn’t saying anything, it most likely means He doesn’t have anything to say at that moment about the dream or vision.

Eg: his hopes and plans for his other children and how you can join him in reaching out with encouraging and comforting words.

Yes! You do hear his voice. You are his child. Have your peace and keep on walking.

I hope this blesses you.

I wish you a week full of good health and prosperity.

One love, One Spirit.

PS: How was your weekend? Tell me about it. I would love to hear about it. Seriously!

4 thoughts on “You Have the Green Light!”

Thank You ✊🏾
“The most important thing is to try to inspire people so that they can be great in whatever they want to do” - Kobe, #mamba
𝚃𝚎𝚊𝚖𝚠𝚘𝚛𝚔 𝚖𝚊𝚔𝚎𝚜 𝚝𝚑𝚎 𝚍𝚛𝚎𝚊𝚖 𝚠𝚘𝚛𝚔. 𝚂𝚎𝚊𝚜𝚘𝚗 5: 𝚂𝚎𝚡, 𝙻𝚘𝚟𝚎, 𝚁𝚎𝚕𝚊𝚝𝚒𝚘𝚗𝚜𝚑𝚒𝚙𝚜 𝚘𝚗 𝚃𝚑𝚎 𝙷𝚒𝚕𝚕𝚜𝚘𝚗𝚐 𝙲𝚑𝚊𝚗𝚗𝚎𝚕 #relationships #love #team #show #hillsong
Nothing like having a mentor who truly cares ✊🏾
The City of Angels
Too international for you